When we are talking about alien, it is quite difficult for us to believe that in reality alien exist. As a human if we are existing on the planet Earth, then definitely they are existing somewhere in the universe. But the question rise why sometimes radio signal is spotting them. Why they are trying to come near around radio signal of the earth? Are they trying to reach our planet in order to do some suspicious thing? Or by mistaken, they are coming between the radio signals where they are spotted by the scientist. Till date, no such answers were given out by the scientist.

According to the gather the information it has been learned that a few astronomers from Australia, was trying to conduct radio continuum observations of a spiral galaxy dubbed NGC 2082, while performing it a compact and strange bright radio source shuffle across their research. As of scientific information, radio sources are regarded as the essential object in the entire Universe, which actually release a large quantity of radio waves. Similarly, the strongest emissions are seen with nebulas, pulsars, radio galaxies and quasars.

As of the gathered information,  researchers from Australia’s Western Sydney University reported that they have found a new radio source, but its true nature is still unknown and not recognisable by them. They have informed that they were actually observing NGC 2082, which is a G-type spiral galaxy in the Dorado constellation and which is near around 60 million light-years away. They were using Australia Square Kilometre Array Pathfinder, Australia Telescope Compact Array and Parkes radio telescope to observe NGC 2082, but suddenly they find out a strong point radio source positioned which is located 20 arc seconds from the centre of the galaxy.

In the recent study researchers have explained that, “We were actually trying to observe a radio continuum of NGC 2082 with the help of ASKAP, ATCA and Parkes telescopes, which is near around 888 MHz to 9,000 MHz. And while observing it somewhat near around 20 arc seconds from the centre of the spiral galaxy, we suddenly discovered a compact and bright radio source J054149.24–641813.7, which is still unknown by origin.”

According to a study, it has revealed that, specifically, the radio luminosity of J054149.24–641813.7 at 888 MHz was nearly at 129 EW/Hz , with having a flat radio spectral index which is near around 0.02. In this perspective view astronomers have claimed that it will not favour the scenario that J054149.24–641813.7 is actually going to be a supernova remnant (SNR) or a pulsar, while suggesting it that might reveals thermal origin as the source.

They have already noted it down that it is compact and its location right on the outskirts of NGC 2082.However, based upon the result, astronomers have detected that they are not enough bright became a persistent radio source with an in-built FRB progenitor.

The astronomers have concluded by stating that it is more related to an extragalactic background source, such as an active galactic nucleus or radio galaxy, and even a quasi-stellar object. According to their suggestion, the flat spectral index, along with a weak polarisation at 5,500 and 9,000 MHz, is actually going to favour this theory. But there is no existence of any high-resolution neutral atomic hydrogen absorption data for NGC 2082 which will confirm or approve this assumption.

The astronomers also added that, “We have already detected that probability of finding such kind a source is behind NGC 2082 is P = 1.2 percent, and by this we have concluded that most likely origin for J054149.24–641813.7 is actually a radio galaxy or background quasar.”

From this entire research, it has been to identify that may not the unknown origin is going to be an alien or might be something other than that. We need to wait to let the astronomers find out the exact results related to it. After that, only we describe that whether the unknown origin is alien.

Read More : Snake Identification : How To Identify If A Snake Is Venomous? Read on to know 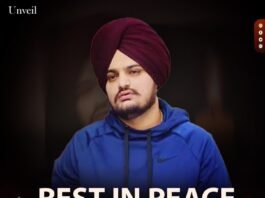