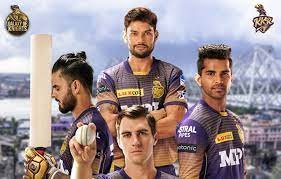 KKR: The team management is faltering

The expectations of the Kolkata Knight Riders were not much when the IPL started. KKR was playing well in its earlier stages. Setting speculation to rest, they beat Chennai Super Kings, Mumbai India, and Punjab Kings. But after that, they lost their rhythm. The lack of coordination between the team management members and their decisions was a grave problem for the KKR.

The Kolkata Knight Riders team management has shown the door to too many players without thinking out the consequences. But the captain of KKR was feeling helpless due to the indecisiveness of the team management.

And perhaps that’s why his suppressed anger resulted in his heated altercation with coach Brendon McCullum. However, the most important thing was that those with no relation to cricket also interfered in the team management decisions. There was also an allegation that CEO Venky Mysore, a professional businessman, interfered in the day-to-day team management business.

I have no hesitation in saying that the IPL has more commercial inclination than the game, although it generates considerable interest amongst cricket fans. The brunt of changes in the team can be observed as follows:

Sunil Narine could not perform with the perfection he is known for. Venkatesh Aiyar was the star of KKR in the last session, but this year he could not live up to the expectations.

Ajinkya Rahana was not performing. The team management chose his replacement Aaron Finch, but he could not score any impressive runs. Barun Chakrabarty took only 6 wickets at an economy of 9 runs per over.

The praiseworthy points of the team:

Pat Cummin’s return to the team had boosted the group’s morale. And that was evident only when Cummin’s sparkling batting against the favorite tournament team helped KKR win over the Mumbai team at Pune in the opening encounter. KKR had to chase 166 runs in this match to achieve the victory. However, Cummins’s scintillating batting stunned the Mumbai Indians. Smashing the Mumbai team, Cummins made 56 in just 15 balls. The Australian player who came in the 16th overhit four sixes and two fours in his 35 runs.

The middle-order quickly lost their wickets, taking the situation from bad to worse. Miss timings and haste count for their unprecedented debacle. Andrew Russel tried to resist the honor of the team. Andrew was trying to ride back the crisis. But unfortunately, no other batsmen from the other end could sustain the tight bowling of the Gujrat team. After playing a good inning, one of his lofty strokes was converted into a catch by Lockie Ferguson at the boundary line, thus ending Andrew’s brilliant innings of 48 runs. Gujarat Titans scored156 for 9. In reply, KKR scored 148 for 8.

The captain of KKR, Shreya Iyer, had to bear the entire burden of KKR’s pathetic condition. However, due to his successful leadership of the Delhi capital, KKR had invited him to their team to lead. Shreyas has a very calm and patient but assertive personality.

And upholding his ideal, he gets along with the team’s core leadership. But sometimes, too much idealism proves costly. For example, KKR kept Cumin on the bench sometimes. At that time, Shreya remained silent. Shreyas should have intervened as captain at such a time because Cumin’s performance was to the mark. But Shreyas remained silent. But he vented his anger when the KKR and Rajasthan match was on.

After scoring 85, he went to the dressing room and vent his gathered anger at the team. Nair and coach McCullmn were also in the KKR’s dugout, but both remained silent.

Andrew Russel: The highlighter of KKR

I think the most valuable player on the team was Andre Russel. However, there is no doubt that his performance is nowhere near his 2019 performance. He got 17 wickets in 14 matches with an impressive total of 335 runs at a strike rate of 175. Despite the downfall of KKR, the Jamaican did his best to keep going, at least with the bat. Yet his overall performance was not bad, and he did justice to the money he earned

Varun Chakraborty was the most a rising star in 2021. His performance in the last tournament played in the Arab country was so high that he was immediately selected for the T-20 World Cup. But interestingly enough, his performance went from bad to worse as soon as the venue and period changed, and he made his IPL debut in India.

Ray of light for KKR

KKR’s performance in the ongoing IPL was overall bad. However, there were still rays of light. First, it would be appropriate to take the name of Umesh Yadav. In matches played in the first leg, he took wickets with his very first ball. He maintained tight length and pace in the delivery of his ball, and it is indeed good news for the Indian selectors.

Andre Russel also proved his worth after a nasty session in 2020 and 2021. The upcoming of young Rinku Singh augurs well for Indian cricket.