Squirrels are extremely shy rodents, who are mostly seen in gardens or areas with trees, and less population. Rarely do we see them in noisy places- almost never. If you have a garden or a backyard with a lot of tree and flowers, you will often see a host of these animals holding a fruit or a flower between their paws and chewing on them!

However, often, after certain periods of time they disappear all at once. Sometimes this happens from natural causes, and other times it has environmental or climate-related issues. In a city or a newly growing town with a rise of noise pollution and big buildings you are likely to never see these cuties again.

The  Ernest Thompson Seton research concluded that squirrels migrate for a number of reasons like:

In case the number of squirrels in a given area has increased, and they cannot easily find food to suffice their living, they will move to a different area, in search of food. However, this movement is better termed as “emigration” than migration. This is because they rarely move to an extremely far place.

Usually they move to places between a few miles. Once they have moved, they are less likely to return. As these animals are essentially food gatherers, they will keep moving, till they find better ways to gather food. For example:

“Most of the migrations occur because of famine and the “great migration of 1968” is a perfect example. In 1967 there was a bumper crop of acorns and chestnuts which resulted in a massive increase in squirrel populations.  This was followed by a very low year of food yield in 1968.  The combination of over-population and low food supplies resulted in the mass emigration “

Deforestation is the cause of loss of homes for most animals except the human race. With the rising trend of concrete jungles, smart-cities, and giant buildings, more and more forests are cut every day, to accommodate cities.

Also, the flying squirrels lose the higways for travel through deforestation. This was noticed in the case study of t India’s Malabar Giant Squirrel.

We must remember that trees are not just oxygen suppliers but homes to thousands of creatures. Deforestation does lead to climatic change, but it more effectively disbalances the eco-system, by making birds and tree-dwelling animals homeless.

You may have noticed that the squirrels in your garden or backyard no longer play about in the lawns ever since your cat started hunting, or your dog grew up a little. These animals are prey to most carnivores and omnivores, and bigger birds like the owls, eagles, pine martins and many other miscellaneous birds.!!

Although they are not “easy targets” because of their quickness and tiny sizes that allow them to hide easily, they are one of the most preyed on rodents. This is why they are quick to hear footsteps, or any slight sound, and will escape eye-sight in seconds. They are constantly on guards, and do not trust easily, and hence are not “pets” unless they grow up in human contact from very tender ages.

They let off an ‘alarm cry’ to warn fellow squirrels of a looming threat, or a predator. They could even attack the predator, usually for defence- with their nails, or teeth.

How Squirrels Protect Themselves from Predators (skedaddlewildlife.com)

Also, they have been hunted for meat by humans in history, and still are, in many areas!

Do Squirrels Eat Birds? Are They Potential Bird Predators? (chipperbirds.com) 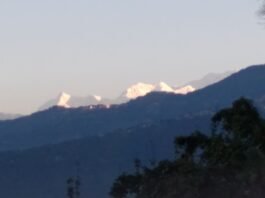