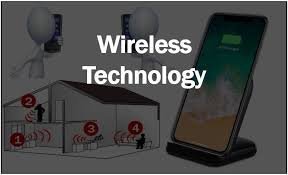 As technology achieves rapid growth every day, the love towards wireless tech keeps reaching a new peak every day. If you are among those who love wireless tech then we have got some facts that may shock you out! As the wireless gadgets get accumulated around us, we have blindly put ourselves inside the cage of active radiations. So, without any further delay let’s get into it.

Nowadays, we all are surrounded by wireless gadgets that are continuously using electromagnetic radiations to carry out their desired task. Even as we speak, the gadget you are looking at is emitting electromagnetic radiation and will keep on doing so until it is switched off. Now, you all would state that the devices we use have certified radiation imitation which is harmless under International Exposure Guidelines, so well let’s look into the records!

In 2011, an expert group of the  International Agency for Research on Cancer (IARC) has categorized the Radio-Frequency Radiation (RFR) as Group 2B(‘possible’) human carcinogen. In contrast, Carcinogen is a term that is given to radiation, radionuclide, or any other substance responsible for promoting the formation of Cancer; this may be due to the ability to damage genomes or due to the disruption of the cellular metabolic processes.

There have also been reported cases where long-term use of Bluetooth devices was responsible for the cause of tumors in the brain. From the 2010-2017 Central Brain Tumor Registry of the U.S, there has been a substantial increase in cases related to radiographically diagnosed tumors and Nerve sheath tumors. Although the concluded epidemiological evidence doesn’t suggest these increased brains or salivary gland tumors due to mobile phones or other wireless gadgets, the authors do claim some uncertainties regarding long latency periods of exposure (< 15 years) to wireless communication.

Yes, it’s pretty much true that due to wireless technologies the world has taken a huge leap in development and I do accept that technology has also helped in increasing the average lifespan. But wouldn’t it be better to rather prevent the problem than getting cured of it? The wireless gadgets make use of electromagnetic fields and Radio Frequency(RF) to transmit data and there have many incidences claiming that people exposed to radio frequencies have lower survival rates as compared to others.

A Swedish study on glioma found that patients who are exposed to Radio-Frequency Radiation(RFR)  have lower survival due to glioblastoma associated with long term use of wireless phones. There are much-promised cases of bird deaths due to the radiation emitted by mobile towers. The radiations didn’t only affect the mature birds but also the unhatched eggs which remained lifeless due to the effects of radiations.

The risks were much lower when we only used wireless cellphones. But as we started inviting more wireless gadgets to our living space, the health issues became more noticeable. The radiation emitted by a single device is sure under safety guidelines but wouldn’t be surrounded by numerous of these devices and that too for a longer period of time affect us? The technology will keep on gaining new heights and so will the wireless tech.

Although we won’t be able to avoid them, we can at least take-up certain habits that would minimize the harm from RFRs and decrease our chances of encountering any future brain or heart problems.

We can minimize the time we spent with cell phones or through Bluetooth (or any other wearable wireless accessory) while talking or listening to music. This would help in keeping the gadgets at some distance when we don’t need them.

In some cases, we can communicate by texting as it would keep the gadgets away from the brain and heart, thus reducing the exposure of RF energy to sensitive body organs. We could also use the speaker(mode)  to communicate or listening to music.

3. Keeping the gadgets away while asleep:

It has been scientifically proven that the human body is weakest during midnight. Thus, it would be best if we keep ourselves away from these wireless technologies as we aren’t gonna use them anyway, and sleeping with these gadgets would increase the exposure when the body is at its weakest.

If we in areas where reception is poor, the devices would try their best and boost their signal mechanism to maintain proper signal strength. This would expose us to comparatively high RF energies. Thus, it would be better we use these gadgets or communicate through them in areas with fairly good reception.

5. Toggling Off the unnecessary features:

To reduce the RFRs exposure we can switch off the services like mobile data, GPS, and cloud sync. These would not reduce the radiation but also save the battery so that your devices can also maintain good health and longer use time.

What is National Mental Health Plan? How does it work? Let’s...

Horror and Nights!!! Top 5 Hollywood films on Ghost Hunting for...