Even after 73 years of Independence India still have some major social issues.

As India is a country of sovereignty, religious society and culture in one word we can say that the nation has unity of diversity. As our country is a fastest growing economics in the world, yet, as the rich are getting richer and the poor are get poorer, as every government that comes to power at center the poverty and corruption will never decrease, As it all-time high.

The increasing violence against woman across the nation, the incident of terrorism that across some cities and the rising price of basic commodities, are most scary fact in the fastest growing economy. While these are not the only issues on the list, some major social issues that more the reputation of the country.

Poverty, is a one of the biggest evils faced by India in the present scenario with an increasing population of people Below Poverty Line(BPL) across the nation, rising inflation had added further to the existing problem. India has unbelievable number of people suffering due to this evil. Around 20% of population live under this poverty line.

Corruption is running the spine of nation it’s adversely affected the economy of India. After independence a list of scams and scandals which cripple the nation from inside, from the CWG scam, Coal scam, cheat fund Scam,2G scam and the Bofors scam all bought forward the weakness of government and it a ill-effect in own nation.

The corruption among the political leaders from downwards to upwards i.e. totally in a chain system. It became essential to for the government to tackle it from different levels. The anti-corruption bill should imply in the both house of parliament.

People need to realise the need to get rid of the ‘under- the- table’ bribing habit and strengthen our system. The government needs to take strict and strong action against the ‘under- the – table’ policy.

Terrorism, It has affected since the day of partion, the dispute over Kashmir between Indo-Pak has a long standing unsolveing issue. The neighbouring country has often used of terror attacks in Kashmir, and it’s nearby regions such as Mumbai attack, Phulbama attack, among the uncountable similar attack. India has been distribute by external as well as internal terrorism through moaist attacks in the western of country.

There is a very big question in the mind of every Countryman as on the birth of terriost as far due to the problem of unemployment as from birth they are not becoming terriost but after they become terriost if government can solve the problem of unemployment then automatically the terriost people engaged themselves to performing the task and can serve for country. Through this the government can ensure the security and safety for the citizens.

Communalism, as our constitution is taking about unity and diversity where each and every citizens has the same rights to enjoy but some countryman has the thinking to creates the chaos or anarchy between the different religions and they enjoy this things to achieve the political goal and now a, days it’s become a part of political controversy and creates the terrific conditions in the country.

The Hindu-Muslim clash during the partition of India, and operation Blue Star which lead to assultation of the then prime minister Smt. Indira Gandhi are the worst example of communalism in India. Not to forget the bloodbath that took place during the Babri Masjid demolition case. Nation has been affected both economically and politically, after such incidents took place.

Inflation, In the past few years inflation as one of the major issues faced by the common people. The rising prices of basic analysis have cursed fourmore among the people. The government has not been able to take any initiative to control the inflation. There is an essential needs to being inflation under control and buying essential commodities in affordable prices for all.

Violance against woman, in the 19th century to woman was the secondary citizens of patriarchal society that time woman assultation is a very big factor but in 21st century also have the same problem to our society. Woman in India live under a constant fear all time. The rising causes woman of sexual abuse and rape across the country, have left a black mark on the reputation of India.

Foreign tourists have been known to have been given special warning while traveling to India In fact some countries even labeled our nation as an unsafe country for woman after the deadly Delhi rape case as well as Park Street rape case. This reputation of our country is not expected, before the government does anything about the security, the people themselves need to fight against it. The youth needs to be sensed about the safety of woman and the respect to be given to woman as well as we youth wants justice.

As to rescue India from the major problem we have to change our thought as well as aspect of our nature to improve the society. 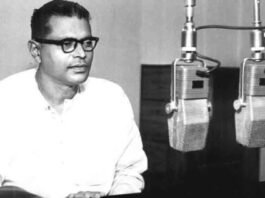