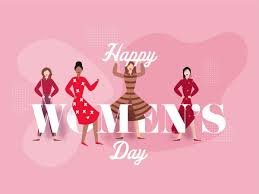 8th March, the International women’s day. All over the world this day is celebrated by many ways and even Google also change it’s model for this day!

The day is celebrated world wide, along with India. Millions post about women in social media, thousands comments about the women power, more than hundred speeches are delivered on that day by the famous faces and people.

This celebration is for one day and whats next? No answers and no one can guess!!? Respecting woman for just one day is not enough. Respect and care should be from innermost part of your soul.

WHAT HAPPENS BEFORE AND AFTER OF WOMEN’S DAY?

Very honestly we can say that women can’t do anything in India as a man can do. We all know that the education for girls is very low standards in many countries,including India. In more than hundreds village of India don’t have the education system for girls.
Women are literally tortured by the man power not only in India, but other powerful countries too. In the present Scenario of 2021,still women didn’t get their real rights. They are treated like an object of use.

365 days in a year and women are persecuting for 364 days. So we can think that the one day of 8th March is the regretted day from the whole country to them!

This may be the most important and also a most careless thing . Because everyone knows that women are not safe. Women are still under the male lead. They are literally forced to put themselves under the foot of men.
From the beginning of the British & Mughal history Indian women are tortured by many ways by the men. The rape and harrassment cases percentage of India are growing day by day.

And the biggest truth is that women in India don’t protest against the torture. The percentage of rape and harrassment cases, which are showing in legal that are not the reality. Huge number of women don’t even let everyone know that they are tortured by someone.
And this is the worst truth.

After all of this women’s day is special?

In our country, woman education is low. Only school education is not sufficient. That’s why they are too much back way.
In many state and places of India women are willing to study, large number of women are so much talented but they can’t expose it because of they are not independent yet. They are still concerned by men at every stage of their life.

Women should protest against the harrassment. If women don’t wake up then the next generation will also sleep peacefully. The only that need to be changed is the mentality of the citizens. All should be treated equal. Racism is one of the major cause of discrimination and dispute in many urban countries.

EVERYDAY SHOULD BE THE WOMEN’S DAY

Women are the part of our nature and biosphere. They play crucial role in all the major activities of life. They are not toys to play with. Respect and care is all they need. Status of women should be uplifted.

At the end I would just like to say that women, wake up! If you still have not anything to do against the torture, then you will do nothing in future. How’s you feel when your own daughter or sister will tolerate the same, as you do it today?

Think, women are the real power of the universe. A mother is the first teacher. If a mother doesn’t teach their issue how to behave with an woman and what should do as a woman against all the illegal things.

A WOMEN’S day special, thank you..

Explained: What the new rule on airbags means for passengers, car manufacturers

“Environmental effects of plastic pollution”:- Reduce the use of Plastics!!