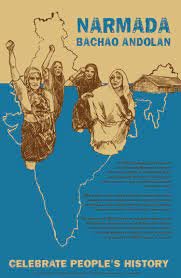 Movements for environment and nature’s protection, are essentially ‘social movements.’ Social Movements are protests that happen not for the battle for political or administrative power, but for a cause that pertains to the needs of the society. These movements happen without any major political banner or flags, but are led by the people themselves, as a part of society.

Here are a few social movements that happened in India over the past years:

Chipko Movement to save the environment

The Chipko Andolan is a historical people’s movement, non-violent in nature, and characterized by the movement of the local people to save their local environment and resist deforestation. The agitation happened in the year 1973, in the Chamoli district of Uttar Pradesh, now in Uttarakhand.

The local women mobilized and hugged the trees as sign of resistance. A sports manufacturing company was given permission to build a factory, which would require intensive deforestation. The forest was a main source of survival for the local residents, and they resisted its destruction through this movement.

The movement by hugging the trees was inspired by Amrita Devi Bishnoi’s act, who was a part of the Bishnoi community, considered the first environmentalists of India.

Medha Patkar and Baba Amte, were the leades of the ‘Save Narmada Movement’ which happened in 1991, against the Sardar Sarovar Dam Project. Groups such as the Gujarat-based Narmada Asargrastha Samiti, Madhya Pradesh-based Narmada Ghati Nav Nirman Samiti (Committee for a New Life in the Narmada Valley) and Maharashtra-Based Narmada Dharangrastha Samiti (Committee for Narmada Dam-Affected People) joined the support for the movement.

There were also a number of NGOs and mainly became a social movement of the local people, under not a political banner, but for the protection of nature itself. The slogans for this movement were : “Vikas chahiye, vinash nahin!” and “Koi nahi hatega, bandh nahi banega!”

In the town of Tehri, the people protested the construction of a dam over the Bhagirathi river, forcing the construction to halt. The Tehri Hydro Power Corporation had begun to be planned in the 1990s itself. During these years, village campaigners organized as Tehri Bandh Virodhi Sangharsh Samiti and began campaigning.

In April 2020, the National Board for Wildlife, approved a coal-mining project in the Saleki reserve forest, which is a part of the Dehing Patkai Elephant Reserve. This announcement was made through a video conference by the Chairman of NBWL and the Minister of Forest, Environment and Climate Change of India.

As a result, a movement was sparked off by the people of the region, and through social media, where students of Assam started a campaign against the move, and environmentalists sought help through collection of signatures. This is a contemporary social movement which has gained momentum to save “the Amazon of India”- the only rainforest in Assam.

‘Save Siang River’ in Arunachal Pradesh

The anti-dam movement in Arunachal Pradesh is about resisting the government’s decision to build a dam across the Siang river. The Siang river is the main stem of the Brahmhaputra river, which enters China as the Yarlung Zangbo river.

There is a face off between government policies an the people of the region along with other protesters. As most residents of the Siang districts are from the indegenous communities of Adi and Galo, their villages will be the most affected by the dam. There are rice fields along the river, and the planned dams are going to submerge there fields.

The slogan of the movement was: “We will protect our land and fight for it!”

9 Amazing Indian Web-series You Must Not Miss (unveil.press)

8 EFFECTS OF DIVORCE ON CHILDREN!

Gardening: the 5 incredible flowers your garden should definitely have!