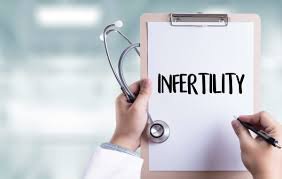 Generally, infertility is interpreted as the inability to carry a perfect pregnancy or conceive to term 12 months of attempting to conceive and 6 months of trying to get pregnancy in the case of the women whose age is over 35. Those cases are also diagnosed as an infertility where the women can get pregnancy but cannot carry their fertilization to term.

Those women are treated with the primary infertility who are unable to get pregnant at least one time and on the other hand those women who had managed at least a successful pregnancy are recognized with secondary infertility. However, infertility is not only the problem of the women, it often can happen with the men also.

Infertility can happen due to various kinds of internal problems of males and females.

These all problems can happen in the male body due to their older age, their regular smoking habit, intake of alcohol in a heavy amount, being obese or overweight, subjection to toxins like herbicides, Pesticides. Apart from that some medical conditions such as “varicocele” and “retrograde ejaculation” also can be reason behind the male infertility.

Similarly, the female infertility also can happen if the female body have been suffering any of the following issues-

These female infertility problems can occur in the female body due to their inducing age, smoking cigarettes, drinking alcohol heavily on a regular basis, their underweight and overweight problems. Besides that, some major diseases like “polycystic ovary syndrome (PCOS)”, “pelvic inflammation disease (PID)”, “premature ovarian failure” also can be responsible of the female infertility.

Except of all that some medications or drugs are accounted responsible for the male and female infertility such as chemotherapy, regular intake of high dosage “nonsteroidal anti-inflammatory drugs (NSAIDS)” such as aspirin, dangerous drugs like marijuana and cocaine and long-time inhalation of any antipsychotic medications.

When the infertility problems arise within a couple then they can undergo the specific infertility treatments because there arise the high chances to get pregnant by these types of treatments.

The male infertility problems can be cured by various kinds of treatments such as medication and surgery.

The female infertility problems also can be treated by surgery and medication. The ovulation problem can be solved by the help of the surgery, whereas, the medication can assist the women in solving of their fertilization and implantation related problems.

Apart from these all the “assisted reproduction technology (ART)” also help the couples to win over their infertility problems. ART includes IUI and IVF processes which are used to mix the couple sperm and egg by some external laboratory procedure.

Lastly, it is clarified that nowadays, infertility problems are not a very complicated matter and can easily solve by the treatments.

Self-confidence, a pathway to be successful : Here are 5 tips...

Mobile Phones can affect your health : Here are 5 risks...