Healthy parents give birth to a healthy child. Maternal and paternal age are responsible for causing genetic abnormalities in a child. In recent time, adults prefer to have kids at an age of 30 or above. This is because of changes in lifestyle, culture, education, carrier opportunities, etc.

Being a parent means loving your children more than you have ever loved yourself. Parenthood is an emotion linked to offspring.

Of course, all have to achieve their goals, make money, travel long, enjoy their life and other prospects, which leads to delayed parenthood. According to researches, it is found that people with more age have ability to pass on more genetic disorders to their children. Mostly men are the main factor to inherit genetic disorders to their children.

So, you may be thinking – What are genetic disorders? How delayed parenthood pass on genetic disorders to children? What is the suitable age of having kids? Answer to these questions are in this article.

What are genetic disorders or abnormalities?

A genetic disorder is a condition in which DNA sequence of individuals get changed or mutated. This change in DNA sequences cause illness to a person.

Cells in human body have DNA molecules. These are directing cells to function accordingly. Human body have 23 pairs of chromosome. Chromosome have small sections of DNA called as genes. Genes are carrier of inheritance. These carry on information from parents to child. Any changes in their sequence lead to abnormalities due to which cell’s function are disturbed.

There are lot of genetic disorders which express their specific symptoms as per time. The mutation in DNA is caused due to DNA replication process and various environmental factors as exposure to radiation, smoking, use of tobacco and alcohol. The changes appear in the nitrogenous base pairing of DNA molecule. Ideal base pairing of DNA are as Adenine with double bond to Thiamine and Cytosine with triple bond to Guanine (A=T ; C-G).

What are the types of Genetic Disorders?

How delayed parenthood pass on genetic disorders to their children?

Genes are unit of heredity. They constantly express, repress themselves according to the sequence they form. This process of sequencing is not in our hands. It is completely under process they follow. As cells divide and reproduce, genetic information also get divide. This replication bof DNA causes changes and results in mutation. The mutated genes than express themselves abnormally causing genetic disorders.

The growth in age of parenthood has led to some genetic consequences. We all know that 50% of maternal genes and 50% of paternal genes are passed on to the children. Hence we often notice people saying- You look like your father or you behave like your father! Why is it so? Just because of paternal genes that are dominant in our body. The gene makeup alters and we gain a different face and body. Can you imagine, why all humans don’t have same faces? This is just because of positive changes in genes.

Older fathers of age above 35 to 40, pass on more mutant genes to their offspring. This can results in defective kids. Due to changes in lifestyle, word load, diet, stress, radiation and age- sperm count of men get decreased as per time.

Researches concluded that, as Men grows in age, spermatogenesis process (production of sperms) is continuous and also increase chromosomal replication events. This replication depends on number of cell divisions. By age, this division is continuously increasing and results in changing of DNA sequence in sperms. After several round of replication, they form copy error of DNA sequence. These abnormal sperms than cause genetic disorders to offspring.

Some recent studies show that a father of age 25 passes on 20-25 mutation while a father of age 40 passes 65-70 mutation. These mutant genes can be recessive or dominant. If recessive then it’s affect in not as much responsive. But this recessive gene can be expressed on to next generation. That’s why, people say a grandson carries recessive genes from father which is expressed in him and have certain genetic identity similar to grandfather.

Achondroplasia was first genetic disease related to parental age. Alzheimer’s disease, congenital heart defects, under developed brain, dwarfism, schizophrenia, diabetes are some of the genetic disorders found to be occurred in offspring due to aged father.

What is suitable age of having kids?

Doctors suggest that suitable age for having kids is between 23 – 29. Delayed parenthood causes genetic diseases and other problems to offspring. Due to more advancement in nature and technology people utilise IVF technology for having kids at older age. Another option is to secure egg cell and sperms under cryopreservation process, ie- freezing of gametes in liquid nitrogen. 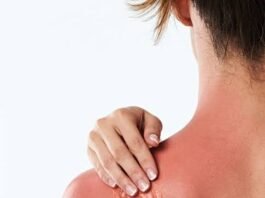 How can you protect yourself from Sunburn? Learn what Shahnaz Husain... Healthy Vegetables : Learn about 5 Cooked Vegetables those are healthy...