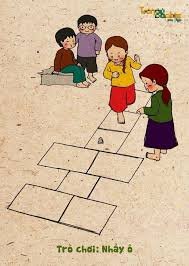 I could not resist recounting one such memory in this column.

Once during our stay at Kanpur, our neighbor caught a thief while he was trying to escape on a stolen bicycle. The cycle was stolen from the premise where, on the evening of Holi, a homely musical mehfil (musical soiree) was going on. The cycle belonged to Tabla player Sunil Dev.

The loud noise ‘CHOR CHOR’ called a halt to the mehfil. We all came out to see our neighbor bashing a youth who was in his twenties. They were unmoved by his cries for mercy. Soon the police came and took the thief away.

Mr Dev interestingly enough did not get back his cycle. As it happens in major police cases, the cycle was heaped on junkyard of the police station.

After a few years of incidence, my mother got to be admitted to the city’s ‘Hallet hospital for orthopedic surgery. The hospital was far away from our residence. In those days, conveyance was a major problem. Buses were confined to a few routes, so, I, along with my sister and father, used to take a rickshaw from a nearby ‘cross-road’ (‘chouraha’). On almost all the days we happened to get the same rickshaw puller. Naturally, our daily meeting brought us closer. His name was ‘Shyam.

‘Shyam was jolly and told us good stories. In the subsequent days during my mother’s stay in hospital, he used to pick us up from our residence itself.

I was then a child of hardly 7 to 8 years old. Many times, when my father went to the hospital directly from office, Shyam use to pick up us from our residence itself. He had won our hearts.

During this period, I got through the admission test in a reputed school in Kanpur. The school was in Ashoknagar and my area was not falling on the school bus’s route. My father was worried about convenience for me.

In the course of a conversation, one day my father mentioned it to ‘Shyam. Shyam roped in my father to buy a rickshaw. He also cut a deal with my father. He would take me to school and drop me home too. In between times, he would make his living from it. At the end of the day, he would pay a rent of Rupees four to my father.

In those days, a day’s rent of rupees four was not a bad deal. The rickshaw would be with us in the evening. My father made up his mind to buy the rickshaw after my mother’s discharge from the hospital.

In my mother’s absence, my father was having a hard time managing both office and home. I was too young to lend him a hand in kitchen work. When ‘Shyam came to know about it, he said his mother did domestic work in our own locality. On asking, he said her name was ‘Lata’. The name ‘Lata’ rang a bell with my father.

“Is she the same Lata whose son was caught stealing a cycle!”, asked my father. We were all in a big shock as ‘Shyam blurted out “Yes I am the same thief”. He said that he was beaten up by police in a lockup, and they later released him on bail.The case was under trial in court.

The ignominy of theft brought an end to the rapport he built up in the last few days. He fell from the grace of my father. My father dropped the idea of buying the rickshaw. Maybe ‘Shyam had shed his criminal life, but then old habits die hard. The matter was in court, and he had yet to be exonerated.

At that tender age I wished my father could ignore his unpleasant realities, more so, for pleasure of buying a new rickshaw, but my father had got both his feet on the ground. The memories of early childhood have become faint now but this particular episode is still tucked in somewhere in me.