E-cigarettes are new version of traditional tobacco cigarette. It is a small electronic device just like normal cigarette. More than 450 different e-cigarettes brand are currently introduced in the markets. Let’s find :- What are vaping devices? What are electronic cigarette? What they looks like? What are the components of E-cigarette? How e-cigarette works? What are health risks and environmental risks of using e-cigarettes? Are they less harmful?

What are vaping devices?

What are electronic cigarettes?

An e-cigarette is a battery operated device that is filled with an e-liquid to vaporize and inhaled by the user.

E-cigarettes do not produce smoke like traditional cigarettes. User inhale the solution (Aerosol) with the sensation of smoking like tobacco inti their lungs. E-cigarettes create an aerosol, made up of particulate matter. The aerosol contains lower toxic matter than normal cigarette, but doesn’t mean that e-cigarettes are safe for health.

These devices are for helping people to reduce the consumption of tobacco but they are proving to be addictive and toxic as it contains nicotine.

What are the components of e-cigarette?

E-cigarettes are designed with following components :-

What is the composition of E-liquid?

E-liquid is made up of nicotine, chemical substances like propylene glycol, vegetable glycerin,heavy metals, nanoparticles, volatile organic compounds and flavouring substances. This solution is inhaled by the user.

When a user holds mouthpiece in the mouth, sensor get activated then the atomizer heats up e-liquid. E-liquid start to vaporize and this is inhaled by the user which enters directly to the lungs. This process if inhaling is known as vaping.

Yes, vaping devices like e-cigarettes are less harmful than tobacco cigarettes, but it doesn’t mean they are safe enough to be consumed. These nicotine loaded devices are used as a supplement to quit smoking. They show effect on body slowly in long term. But in most cases it is found to be addictive just like tobacco cigarettes. Even though they cause less harm to health but there utilisation should be under control and checked.

What are the health risks?

According to researches, E-cigarettes are considered to be harmful for health. These are used a an additional supplement for those who wants to quit smoking, but it has also proved to be harmful in any way. These have harmful chemicals that directly affect human health.

According to scientists, it is found in 2019 that e-cigarettes are able to cause harmful heart diseases to youth and adult. These are most addictive substances which should not be used as a supplement product after tobacco cigarettes.

Chromium,nickel type of heavy metals cause abnormalities in human body. According to a report by FDA (Food and drug administration) the excessive use of vaping devices can lead to major lung illness and even death of users. Since 2019, it is illegal to sell vaping devices to people less than 21.

Hence, youth and adult should not get attracted for the use of electronic cigarettes. It is better not to get addicted for smoking or vaping. 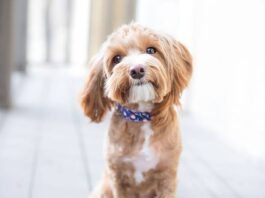 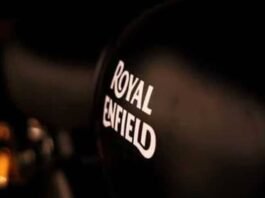 Snake Identification : How To Identify If A Snake Is Venomous?...