The people of our country are divided into two different categories which include the men and the rest all of us can be put under the repressed. The position of women in India today questions the future role of women in our country. There is not a tint of doubt that women here are living on the edges. The basic rights of livelihood have been snatched away from us by patriarchal dominance. Time has changed very little about how women are often abused in our daily chores of the day.

In this article, lets discuss few of the Indian laws that are present to provide security, assurance and equality to the ‘bibis’ and ‘patootie’ of our nation

The country has seen an infinite number of cases where women are subjected to gut-wrenching torture due to the practice of dowry. Article 3 of the Dowry act prohibits the bride-to-be and her family from giving any forte or gifts to the groom-to-be. If the future in-laws pressurize or coerces them and demands any valuable the bride’s family has the right to file an FIR and the in-laws will be penalized by the Court of Justice. The husband-to-be can be put behind the bars for this kind of act.

Even in today’s world, most think that women don’t participate in household expenses. It is so unfortunate that employers take advantage of gender even though both genders have the same qualities and both give equal efforts in the organization. The Equal Remuneration act prohibits differential pay to men and women who work in the same position. It is against the law to pay women less so no woman in this country should be deprived of the means that they deserve.

Section 46 of The Procurement Act states that no woman can be arrested after sundown and before sunup except for certain circumstances. But in those circumstances, the presents of a lady officer during the arrest is a must. This act was brought into effect for the women who work at night to avoid crimes in the hands of the people who maintain law and order.

The Sexual Harassment of Women at Work Act, 2013:

Often senior male employees take advantage of the position and harass female colleagues sexually. This not only makes the work-life of the woman exceedingly difficult but also creates an immense load of misery to the victim. This Act was introduced in 2003 to protect women from sexual harassment at work. This Act prohibited and prevented the occurrence of such disturbing crimes at the workplace.

In India, women might still not have the right of living freely but we do have the right to get legal services for the lawsuit filed by rape victims if they are unable to afford it themselves. This Act is meant for the underprivileged women of our country. The Act protects women from being exploited and provides them with a lawyer who can fight for justice for them.

Right against being Stalked:

Women in India face a lot of unpleasant stalking in the street. We do have the right to complain against stalking or if anybody is making us feel uncomfortable in the streets. One must stand up to this awful act as it demeans the standard of women in society.

The women in our country have been under the shadow of men since the very beginning of time. But with time things have changed for the better. Now women in India have the rights to stand up for themselves. We have come a very long way to be where we are today but we do have a very long way to go. 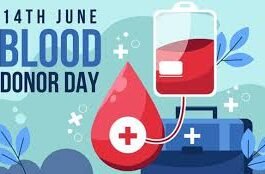 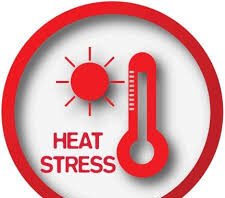 Heat Stress – how to overcome and what are the precautionary...