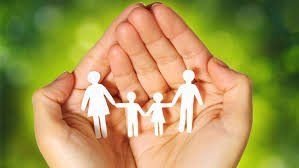 WHY IS IT IMPORTANT TO MANAGE CONFLICTS?

It is important to manage arguments, conflicts and fights before they become a constant disturbance in our lifestyles. However, conflicts at home are a common affair. All kids, grow up to become teen-agers, when they start un-learning the things they believed as children, mostly those which their parents told them.

For example, they will question ‘why’ they are not being allowed to go out, when all their other friends are able to do so. Eventually, as they approach adulthood, a gap is undoubtedly created in most households, where the parents are mentally separated from the mentality of their children.

At this stage, parents are caught up in arguments with their children over numerous issues. These issues could be politics, morality, life-choices and many more. Often, these arguments take an ugly turn, making it difficult to stay inside the house. This entire chaos takes its turn on career, mental health and the balance within the home, making the ‘home’ and dangerous space.

However, there are ways to manage this problem. It is important to come to a conclusion, or a negotiation of sorts, so that arguments and differences can actually become a healthy part of family life.

TALK ABOUT THE PROBLEM

Take a step out of your comfort zone at the initial levels of arising conflicts. This means that is it important to talk about the ‘hush-hush’ topics like personal problems, or anything that you do not like about each other. In most cases, the outburst of anger comes from beating around the bush.

Get to the point, address the problem, and more importantly, share your feelings from an early stage. Parents should be able to give their children the freedom to speak about their curiosities, their friends, their life beyond the home, in a non-judgemental environment.

Similarly, children should keep the doors for guidance and advice open at all times. So, once the wall breaks, there is immense room for discussion and openness. This is a healthy atmosphere.

LET IT BE AN INTELLECTUAL EXERCISE

Arguments are actually a good way to step into the intellectual realm of ‘debate’. Sit down over a cup of tea, perhaps, and give each other time to express your views. Raise valid points, avoid getting unnecessarily emotional, in case the argument turns personal.

Make issues an important part of your life and strive to solve them, or at the least critique them. You will find that both parties have well-thought out reasons for having an opinion. Arguing is a strategical way will definitely lighten the issue and avoid turning into chronic problems.

You must never expect your twenty-year old son or daughter to think exactly like you, an vice versa. So, address the age gap. Sometimes it is best to listen to each other’s views, keeping in mind the different social, economical and cultural realms that you have grown up in.

Keeping the differences in mind, explain to each other why you have a certain choice or behavior. More importantly, check your own mindset for any kind of prejudiced, racist, sexist opinion. It is okay to unlearn biased opinions and aim for a kinder, open mindset. So, address the gap, the mistakes, and then manage the issue without letting it be harmful.

What Is Generation Gap?? Why Are We Becoming Helpless?? Let’s Find Out Its 5 Greatest Solutions…!! » Unveil

Check your approach and language. Even though, these things should be checked from a very early stage in the family, it can be done as soon as the problems begin to arise. The best way to keep an argument from turning ugly is to speak in a positive manner.

How To Manage Conflict In Family Relationships (theawarenesscentre.com)

3 special BBQ recipes to rock the party in 2021

DO YOU KNOW HOW TO MAKE HEALTHY AND TASTY “EGG SAUCEY...