Ads
Home Lifestyle What is menstrual period??Is this really shameful to discuss about this truth... Menstrual period is a “normal vaginal bleeding” which happens as a part of monthly cycle of every woman. It is very natural process caused by the changes within the ovaries and uterus of “female reproductive system”. Therefore, pregnancy can happen in the women’s body.

The blood which is bleeding during the menstrual time, mainly is the combination of the partly tissue and partly blood comes from the inner wall of uterus and flow through the cervix from the uterus and flows through the vagina out of the women’s body.

This menstrual period occurs due to the changes of the hormones in the women’s body. The hormones are basically the chemical messengers. The female hormones “progesterone” and “estrogen” generally are released from the ovaries. The uterus’s lining, which is in the building up situation, is caused by these hormones. Therefore, the building up lining has prepared for the sake of attach and develop a fertilizing egg.

If no fertilized egg produced in there, then the linings of the uterus break down and start the bleeding. The same process happens again and again in every month until the women have got their pregnancies.

Symptoms which happen before starting periods

During the time of monthly period cycle majority of the women can have the various kinds of physical as well as mental health problems. Such as-

Is the menstrual period really the shameful topic for the women?

Therefore, it has clarified that the menstrual period is not at all a shameful topic for the women. But the society cannot agree with this opinion. Besides that, though the world has upgraded itself so fur.

But still now, there are some regions in where the women are declared as an unholy during their monthly period timings. They cannot enter the temple, they cannot enter the kitchen as well as they have to stay at a corner in the house in this time. This is really very disheartened news for the world because therefore the progress of the women is disrupted. This mentality of the superstition should be changed, otherwise the women of the society will lag behind. 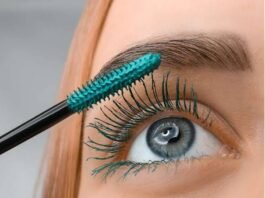 Mascara Has Dried Up? Use This Hacks To Make It Perfect...