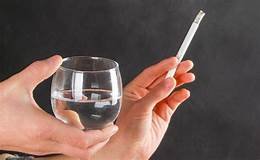 Nowadays, smoking and drinking habits are increasing among teenagers throughout the world. Adolescence is the vital stage of the human being, where biological changes occur rapidly. Therefore, teenagers need psychological demands and some health-related problems like smoking and alcohol use. About 4.7 million youth use at least one tobacco product every day by the influences of wrong peers, parental issues and release from their boredom (Centres of Disease Control and Prevention, 2020).

Everyday 1600 youth aged below 18 years start to use tobacco, and nearly a half-million teenagers die due to premature smoke and exposure to second-hand smoke (centres of disease control and prevention, 2020). About 16 million lives are in danger due to serious illness for smoking (centres of disease control and prevention, 2020). Most of the teenagers suffer from severe diseases like cancer, heart diseases, kidney problems which lead to death.

These statistics of the smoking of teenagers are not good because the statistics have proved that the most of the teenagers have felt in the trap of tobacco. In the case of alcohol consumption, over 50 per cent youth aged 12 to 20 try alcohol due to their young age and influence of their peers (American Addiction Centres, 2020). About 4,700 teenagers die every year due to underage alcohol usage (American Addiction Centres, 2020).

The alcohol consumption data of the youth is also not safe for the world because the above statistics have clarified that the maximum percentage of the teenagers has suffered from the addiction of drinking alcohol. Therefore, without teenagers, the future of the country, it is lagging in total improvement, so that the above statistics are disappointing for every country.

Many diseases such as cancer, heart and kidney damage can arise after the consumption of tobacco and alcohol of teenagers. Teenagers suffer from gastro-oesophageal reflux diseases after inhalation of alcohol and cigarettes. The gastro-oesophageal reflux diseases develop when the reflux of gastric causes troublesome symptoms. Mental health problems also develop due to teenage smoking and drinking alcohol.  The details of smoking and drinking alcohol caused diseases are given below-

Majority of mutagens of cigarette smoke need a “metabolic activation process”, catalysed by “cytochrome P-450 enzymes (P-450s)”. The “P-450” is increased. This increasability of “P-450s” is the major indication of cancer in teenage tobacco consumers.

As an effect of teenage alcohol consumption, they can have six types of cancer, oesophagus, liver, colon and rectum, breast (for women), voice box and mouth and throat cancers. All types of alcohol drinking as well as beer, liquors, cocktails, both of the wines (red and white) are inter-related with cancer. When teenagers inhale ethanol, their body gives it out into a chemical named “acetaldehyde”. “Acetaldehyde” injures the DNA and puts a stop to the body from the repair of damage. DNA controls the cell’s natural growth and action. Therefore, if DNA is injured, then the cell begins to grow out of control. Thus, acetaldehyde helps the cells to replicate incorrectly and creates the cancer tumour.

Gastro-oesophageal reflux diseases happen when the stomach content is abnormally refluxed to the oesophagus. Cigarette smoking increases the disease by decreasing the “LOS resting pressure”.

A study revealed that the consumption of tobacco could reduce 37% of LOS pressure within two or three minutes. Cigarette smoking also includes the long-time acid universality problems due to decrease “severe secretion rate” and “bicarbonate concentration”.

Some severe heart problems such as heart blockage and heart attack may arise due to teenage smoking and drinking alcohol. Cigarette smoking and drinking alcohol also stand as the cause of “Aortic Valve Stenosis (AVS)”. When the aortic valve of the heart narrows then the “Aortic Valve Stenosis” occurs. As a result of this narrowness, the valve cannot open fully; therefore, reduces or stops the blood flow from the heart into the prime artery to the teenage body.

When blood flow is blocked or decreased, then the heart has to work hard to pump blood over the human body. As an effect, the heart muscles become weaker and “Aortic Valve Stenosis” occurs, which can lead to severe heart problems. “Aortic Valve Stenosis” generally happens due to hypertension, body mass, dyslipidaemia and high cholesterol levels; those occur due to smoking and drinking alcohol.

Cigarettes involve more than 4000 chemical compounds such as “polycyclic aromatic hydrocarbon (PAHs)” and “carcinogen benzo[a]pyrene [BaP]” and 400 toxic compounds including Carbon monoxide, Arsenic, DDT, Tar, formaldehyde and nicotine. Nicotine, the main by-product of cigarettes, makes teenagers addicted to cigarettes. Cigarette smoking increases the triglyceride level of the teenage body. The triglyceride level is the fat level that is located in the blood.

Increasing the fat levels in blood, cigarette smoking can be the cause of coronary heart diseases. The serum triglyceride level also induces due to early use of cigarettes. The lipid-associated with high mass “lipoprotein cholesterols (HDL-C)” induces by the inhalation of alcohol. Therefore, there arises an increased risk of myocardial infarction in a teenage alcoholic.

It is noted that the over drinking of alcohol interrupts the functions of platelets. The consumption of alcohol also prevents the blood cells, so that the blood clots are formed in the heart in the teenagers’ body. Then by reducing the fibrinogen levels, blood protein also engages in clotting.

The blood clotting brings the high risk of heart blockage and heart attack. Some bleeding complications, like attenuation of the blood, cause severe heart attacks, haemorrhagic strokes. Due to the massive intake of alcohol, the increment of C-reactive protein (CRP) occurs.

Daily intake of tobacco and alcohol increases the risk of ischemic strokes as well as haemorrhagic strokes. The overconsumption of smoking and alcohol may even cause heart failure. Excessive drinking of alcohol can bring a high risk of alcoholic cardiomyopathy. In alcoholic cardiomyopathy, alcohol acts as a toxin and weakens the muscles of the heart directly as well increases the abstention. Therefore, it is clarified that the major heart diseases such as heart failure, heart blockage occur due to cigarette smoking and drinking alcohol of the teenagers.

The considerable amount of cigarette smoking and alcohol consumption may have a harmful impact on a teenager’s mental health. Some internal mental disorders such as anxiety, depression arise due to teenage smoking and drinking alcohol. Some external mental disorders like “attention deficit hyperactivity disorder (ADHD)”, “conduct disorder” and “oppositional defiant disorder” arrive due to smoking and alcohol consumption of teenagers.

Cigarette smoking generally induces anxiety and tension. Though nicotine creates a temporary relaxation, gradually it makes way for the increment of cravings. Nicotine encourages the brain to stop the making of dopamine, which involves making positive feelings in the mind. As the supply of dopamine decreases, depression occurs and provokes the teenagers to smoke more. Teenage cigarette smoking is also the cause of Schizophrenia, a mental disorder where teenagers illuminate reality abnormally.

The alcohol also intensifies the inherent feelings like revealing the trauma of memories and past painful incidents. Therefore, may create tremendous anxiety, shame and depression in the teenager’s mind. The excessive drinking of alcohol causes trouble in sleeping teenagers.

The inhalation of cigarette smoke releases nicotine from tobacco. The smoke particles switch the nicotine to the lungs, where the nicotine is quickly absorbed in the “pulmonary venous circulation”. Then the nicotine enters the “arterial circulation” and makes a move soon to the brain from the lungs.

In the brain, nicotine binds to “nicotinic cholinergic receptors”(generally bind acetylcholine). This binding at the interconnection between the receptor’s two subunits helps the sodium and calcium to make an entry by opening the channel. These two cations provoke neurons to release neurotransmitters. As a result, external mental disorders occur in the body of teenagers.

Recommendations for kicking the habit of teenage smoking and drinking alcohol

7 Effective ways at home to control hypertension in aged people.

Walking: 5 ways this simple activity can be wonderful for your...